The Madness of Crowds 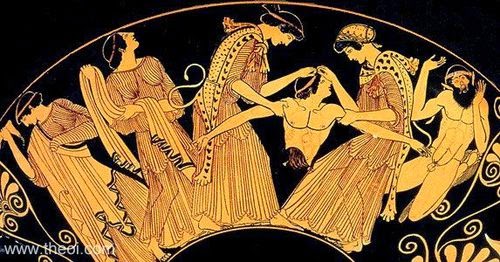 Tutor Skyped me last night at 3 am. Apropos of whatever was on his mind, he said, "Social Enterprises now have as many bottom lines as there were once gods on Mt Olympus. It takes only two to make tragedy, and three for farce. Soon Ovid's Metamorphoses will be taught in business school. They call it 'story telling.' The best stories drive metrics. If only they might read The Bacchae. Reason rules the polis and the great god Dionysus calls for Hillary's head." Tutor may be drinking again. I worry about him sometimes. "If this is what a lifetime of reading gets you, Tutor," I said, "we are better off ignorant." He said,  "You are in good company." Then he hung up.

Posted at 07:57 AM in Mediating the News, Minimal Satire, Pharmakos, Que Pasa?, The Madness of Crowds | Permalink | Comments (2)

Cruelty & Justice On Line: Meditations of A Justifed Sinner

Jeff Doyle cites Richard Rorty's remark, "Cruelty is the worst thing we do," and wonders whether ripping the mask off anonymous posters, even in a good cause, is cruel. Who decides what cruelty we may justifiably inflict on one another? Here are some observations, from a self-confessed sadist, who tries very hard to be good: