A Contemporary Staging of the Bacchae 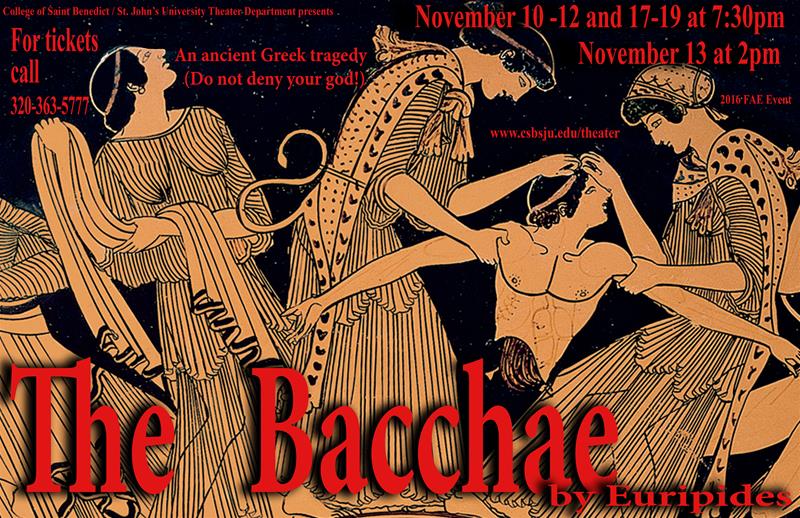 An amphitheater carved into mountain rock, facing the sea, bordered by wild forests; at the focal point an altar on which a trembling goat is sacrificed, "Send her back," or "Cut its throat," or "give us Barabbas," it really doesn't matter the slogan as long as the crowd becomes as one and blood is shed in ecstatic commemoration of community. A body politic needs an intact skin. Hence, in Greece, scapegoats, often disabled people or strange ones, were kept in dorms for just such a time as this. When  the city was sick the scapegoat was given a good meal, then taken to the crossroads and burned alive, commemorating boundaries, between health and sickness, sanity and insanity, here and there, us and them.

Who is speaking here? The sacred orator in the skin of a goat is not speaking to inform. Utterances in art are neither true nor false. All art is a lie. He is testing, testing, testing. Whose blood? He is clothed as goat-footed Dionysus, misunderstood later as Satan by Christian apologists, who would repress our earthly nature. The high priest is trolling to incite.

In the woods outside the city, the mothers and maidens maddened by wine, ritual, and their own crowd-feeling, tear flesh, whether animals or men, into gobs and strew the pines with raw meat. The play ends with Reason's severed head, the head of a King who ruled the city, held as a trophy by his mother, crazed on rhetoric, herself unseeing.  The arts and history are daughters of Memory. We recall in repetition what we always were, and will be again, until silence after loud noise. We are in this together, until the bitter end.

Media change, but human nature is as inspired or possessed as ever once it was. Jesus, ritual goat, must we forever slay thee, eat thy flesh and drink thy blood to save our souls? Couldn't we pick on someone else?

Great content! You should do more of these. I wouldn't expect to have read a most interesting post! https://www.americanaudiovisual.com

The comments to this entry are closed.